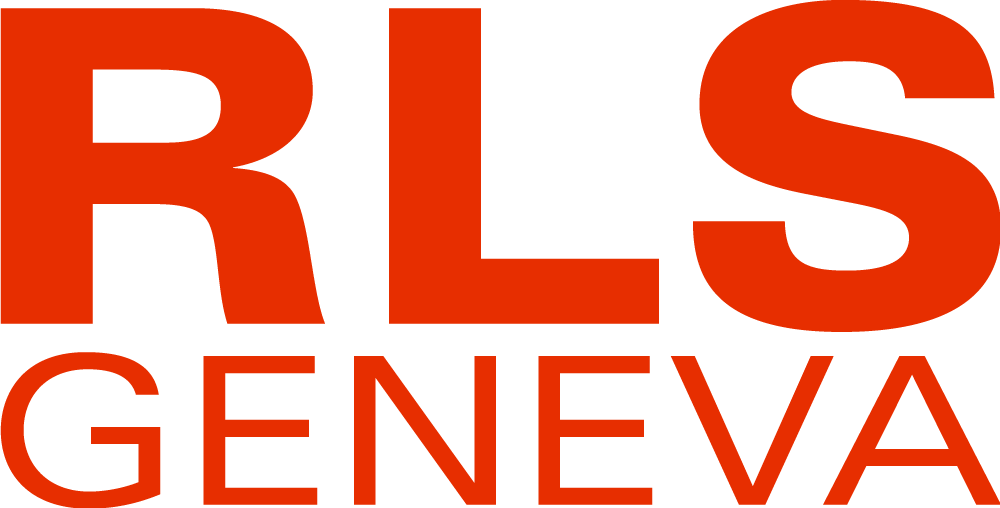 The Rosa-Luxemburg-Stiftung’s (RLS) Geneva office has been strengthening the Stiftung’s work at international level since 2019. International solidarity is the key to a socio-ecological transformation and to the implementation of social rights on a global scale. A revitalised UN could play a decisive role in this transformation. Against this background, the RLS office in Geneva serves as a liaison office between the United Nations in Geneva as well as other Geneva-based international organisations and RLS partners from the global South who are fighting for their rights.

The current focus of our work is on three topics, which are also dealt with in international Geneva: social rights (Human Rights Council OHCHR, UN Refugee Agency UNHCR, International Labour Organisation ILO, World Health Organisation WHO, United Nations Research Institute for Social Development UNRISD), socio-ecological transformation (Intergovernmental Panel on climate Change IPCC, World Meteorological Organization WMO) and the international organisation of workers (international trade union confederations, International Labour Organisation ILO). Together with our international partners, we organise conferences, seminars, workshops and side events at UN conferences, but also research projects with the aim of accompanying processes and supporting partners in the articulation of their interests at the international level. We involve non-state actors (NGO activists, trade unionists, academics) as well as staff of international organisations based in Geneva. The activities are supplemented by publications, studies or reports and other media formats.

Aleks was born in a small town in Thuringia. He has previously worked for the RLS as a financial advisor in Asia and in Geneva.

Emilia joined RLS in 2020. After a passage by the private sector, she has worked in office and event management within various organisations active in public health, migration, humanitarian demining and international solidarity in Geneva.

Barbara joined RLS in 2020. After a few years in the private sector, she has worked in the finance teams of various non-profit organisations in Switzerland and South Asia since 2002.

A graduate in political science and an activist in the anti-globalisation movement, Jeanne has worked for various organisations, including Attac France, an association where she was responsible for expertise and publications. In the RLS team in Geneva, she supervises projects on the question of social rights.

Eva studied political science and peace studies in Münster, Tokyo and Stadtschlaining and subsequently coordinated projects worldwide in the fields of peace policy, climate, environment, food and development. Since 2013, she has been working for RLS and is now responsible for setting up and managing the Social Rights Programme at the RLS office in Geneva.

The Rosa-Luxemburg-Stiftung (RLS) is an internationally active, progressive non-profit organisation for political education. Since its establishment in 1990, the foundation has been engaged in the analysis of social processes and developments. Through its teams in 27 regional and country offices, the Stiftung works with hundreds of partner organisations, political actors and individuals in over 80 countries. The aim of RLS’s work is to strengthen emancipatory political forces. In this way, the Stiftung contributes to the development of democratic-socialist alternatives to society worldwide. Our idea of a future society is based on the full implementation of democratic and social rights for all people, on a socially just and ecologically sustainable economic world order, on gender equality and on feminism, international solidarity and peace. A prerequisite for this is the overcoming of the capitalist mode of production. Since 2013 the RLS has enjoyed consultative status within the Economic and Social Council (ECOSOC) of the United Nations.

The Rosa-Luxemburg-Stiftung sees itself as part of the basic intellectual current of democratic socialism. In 1992, the Stiftung was recognised by the Party of Democratic Socialism (PDS) – today DIE LINKE – as a party-affiliated foundation operating nationwide. As of autumn 2020, the Rosa-Luxemburg-Stiftung exists for 30 years, initially as an association for critical social analysis and political education, and since 1999 under this main name. The RLS began receiving public funding in 1999, and the Archives for Democratic Socialism (ADS) began its work.

Rosa Luxemburg (1871-1919), name giver to the Rosa-Luxemburg-Stiftung, is probably the best-known socialist in the German-speaking world. Rosa Luxemburg was, along with Karl Liebknecht, the most important representative of the left-wing socialist, anti-militarist and internationalist positions in the Social Democratic Party of Germany before 1918, and tried with all her strength to prevent the First World War. From this criticism, she drew the strength for revolutionary action.

Rosa Luxemburg was a Polish Jew and a participant in the Russian Revolution of 1905. She co-founded the Social Democratic Party in the common kingdom of Poland and Lithuania. Rosa Luxemburg was a passionate and convincing critic of capitalism and anti-democratic and dictatorial tendencies within the Bolsheviks. She confronted the compelling logic of economic laws and political strategies with the utopia of a new world. In Luxembourg’s view, this new world had to be created despite the widespread despair, disenfranchisement, cowardice and corruption of power.

Rosa Luxemburg impressively combined political commitment, scientific analysis and the quest for empowerment as a woman. She fought both on the scientific and political fronts, her daily life being the essential basis for this. Rosa Luxemburg fascinates as an emancipated and versatile woman who lived and worked in a time which is still important for the political left today. For the political left of today, her approaches are extremely stimulating.

Literature on Rosa Luxemburg in English:

DIE LINKE was founded in 2007 as a merger of the primarily East German “Party of Democratic Socialism” (PDS) and the West German “Election Alternative Work and Social Justice” (WASG). In the last Bundestag elections in September 2017, it was elected to the German Bundestag with 9.2% of the votes (2013: 8.6%) and 69 seats (37 women and 32 men). The chairpersons of DIE LINKE in the Bundestag are Dietmar Bartsch and Amira Mohamed Ali. The current federal party chairpersons are Janine Wissler and Susanne Hennig-Wellsow.

DIE LINKE has MPs in 10 of the 16 federal states and thousands of elected representatives in county councils, city and municipal councils. In the European Parliament, its five members are part of the “Confederal Group of the European United Left/Nordic Green Left” (GUE/NGL).

Stay tuned for coming job offers and calls for applications!